Download our Mattress Buyer's Guide for a better night's sleep!

Learn about what we offer and how we can help you.More info

Learn what products are available with custom options for your home.More info 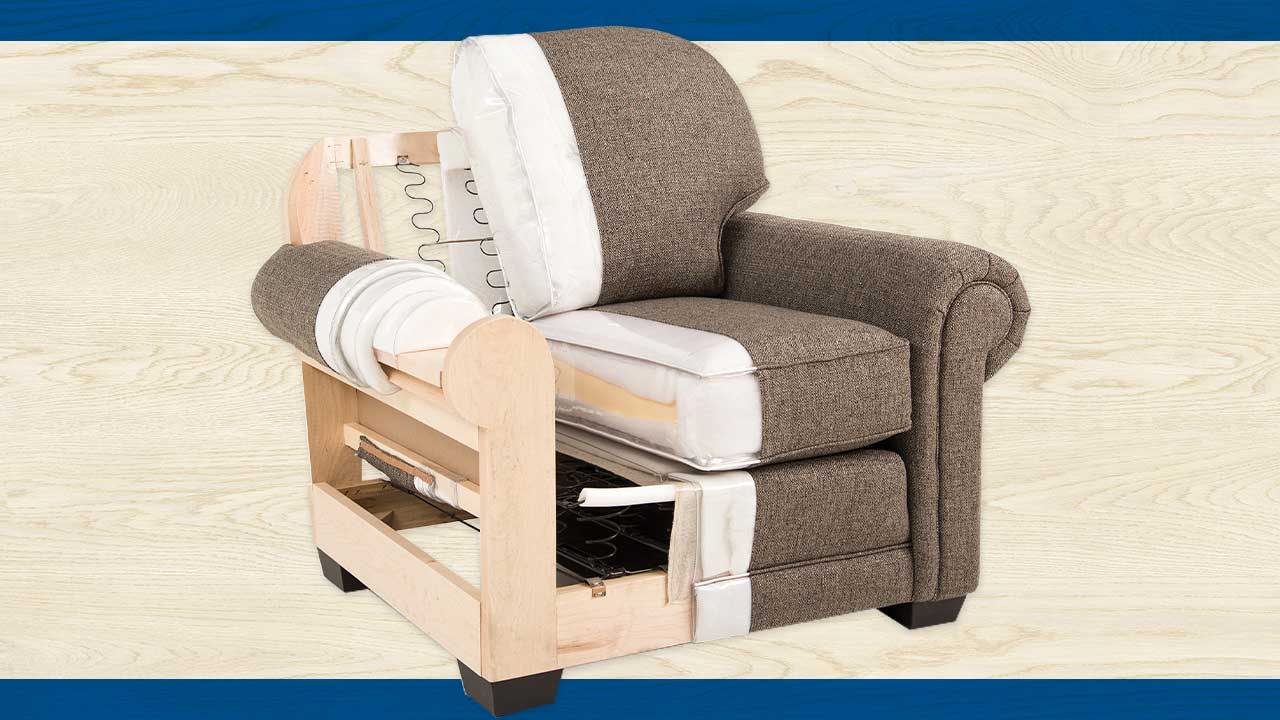 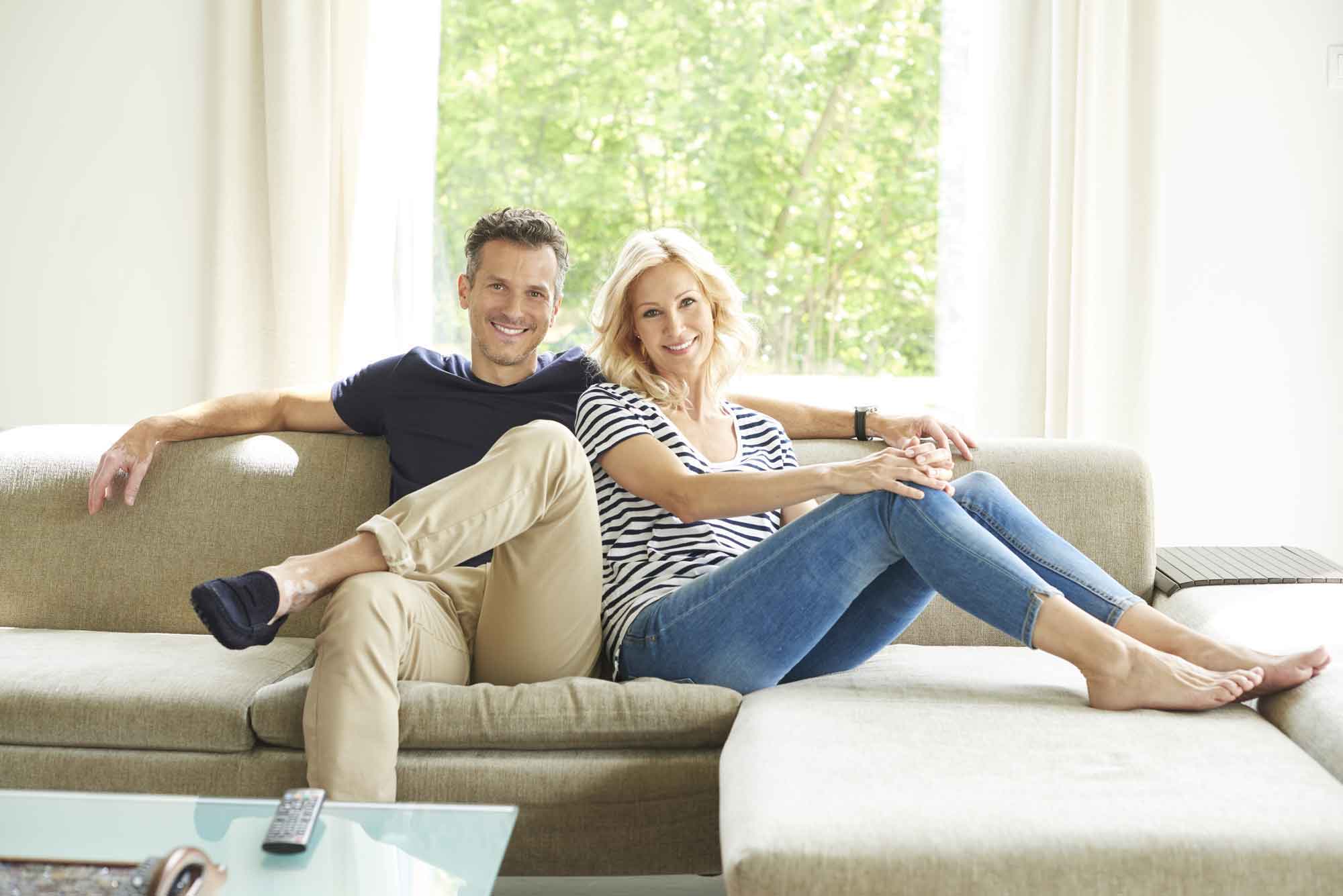 Assuming you are like most people, then you probably haven’t put much thought into your couch cushions unless they have become uncomfortable. Most people see a couch and sit, with little to no thought given to the sofa cushions’ contents.

But what does go inside of a couch cushion, and what makes them so soft yet supportive? Are all couch cushions the same, or are there superior couch cushion designs?

If you have a particularly ornery pet at home, then you may already know what the insides of your couch look like. For those who don’t have a furry little chewing machine at home, this article could provide you with a bit of useful information for the next time you are looking to buy a sofa.

At Furniture Fair, we’ve sold sofas for over 50 years, and we have seen all types of sofa cushion styles come and go. We want to ensure that you have the best knowledge possible when you shop for a new couch.

After reading this article, you will have a better idea of what materials are used inside couch cushions and how they benefit you. So sit down (if you aren’t already), and let’s learn all about what’s inside your couch cushions. 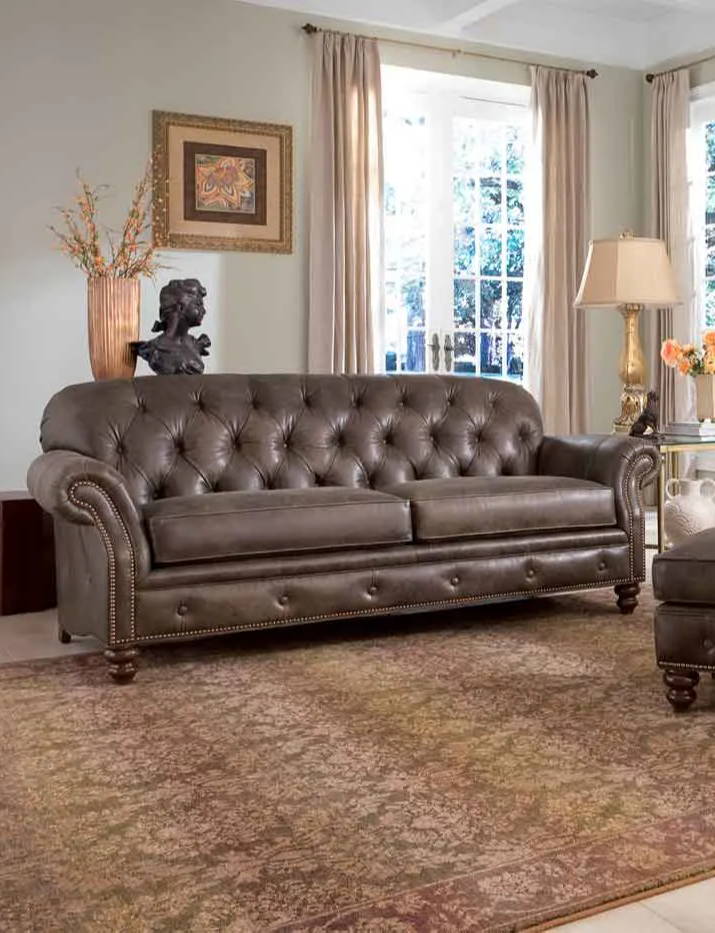 The History Behind Couch Cushions

Cushions are by no means new to humanity. The Concept of the cushion dates as far back as the Mesopotamian era, where owning pillows meant you were a person of wealth and status. While modern society probably considers couch cushions a simple thing, they are no less critical than ancient times.

Cushions have developed into two concepts throughout history; the more well known soft pillow and the lesser-known (to the Western world, that is) hard cushion. The hard cushion came from traditional Egyptian and Chinese cultures and was more about supporting the head during sleep than the rest of the uses people have for pillows today.

The Greek and Roman Empires developed soft cushions, deciding that firm support was lame and soft comfort was way better. The two empires used cushions for seating and pillows, choosing to fill them with everything from feathers to straw for a bit of a buffer between their bodies and the hard ground.

At the dawn of the industrial revolution, the process that became used for making cushions was made much more efficient, resulting in more accessibility to the once luxury item that is the cushion. Victorian homes were lined with fancy cushions and fabrics to give the occupants an air of wealth and status.

Today the humble cushion is no longer an indicator of wealth but a hard-working provider of comfort to the masses. Advancements in technology have allowed the cushion to go from a soft object that is nice to sit on to a scientifically designed comfort-seating superstar. 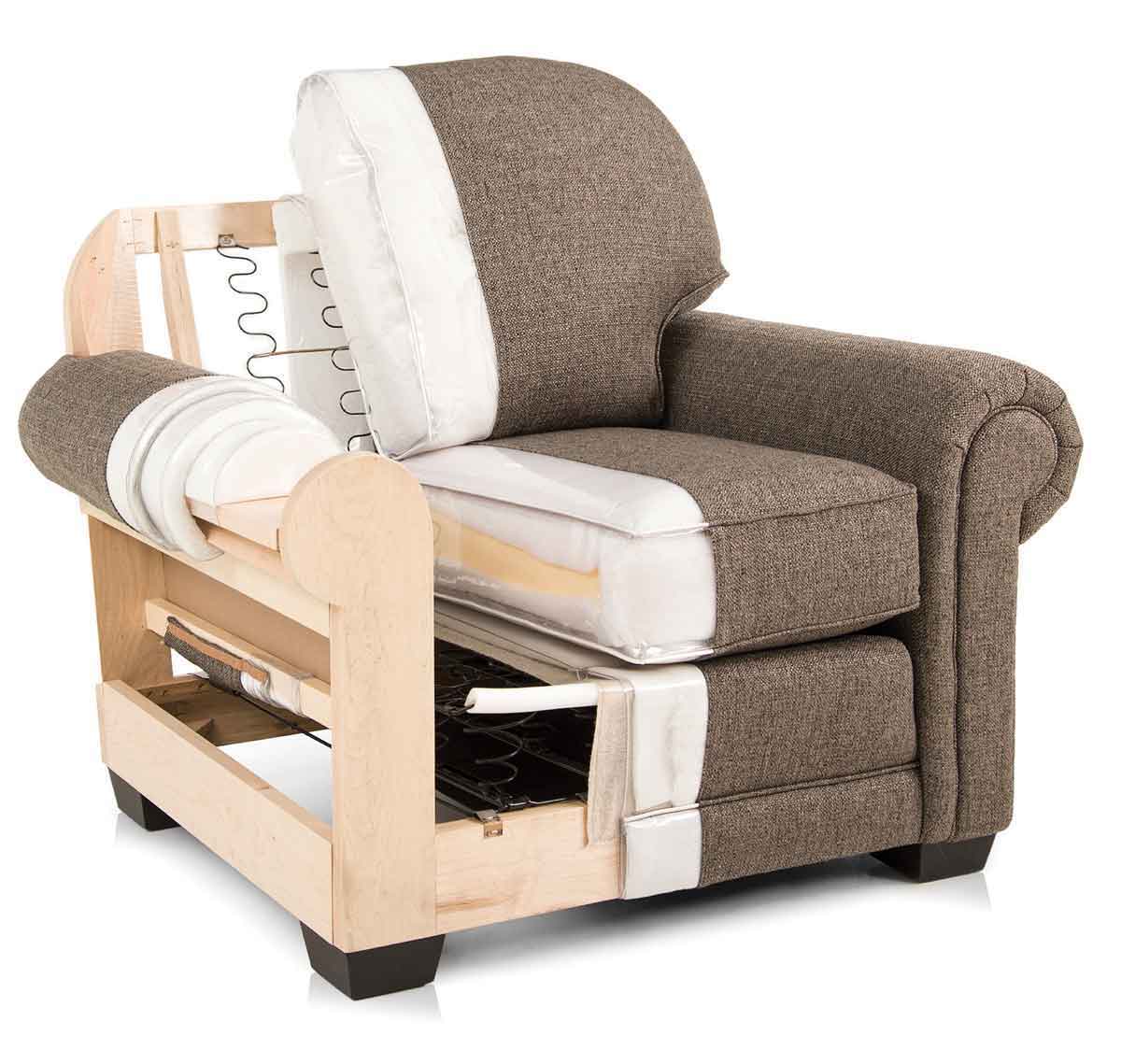 The Materials Inside Your Cushions

Now that you’ve seen a little glimpse into the history of the cushions that top off your couch, let’s delve deeper (literally) into the cushions’ insides and find out what they are made of. Here are the most common materials that go into making a couch cushion.

Batting is used to line the section between the upholstered fabric cover and the inner material. Batting helps create a softer barrier between something dense like foam core and the upholstery on the outside.

In addition to a softer layer, cushion batting also provides a protective layer between potential upholstery staining liquids and the inner cushion. When cleaning up after stains or spills, the less you have to clean, the better, and batting helps keep the damage a bit more limited.

Older batting was made from cotton or polyester material and is about an eighth of an inch to a quarter-inch thick. Down feathers can also be used as batting, but the practice less popular due to polyester being less expensive.

Cotton has been a popular cushion material for decades and is used in many sofa cushions as filling or batting. Cotton fibers are stuffed in the same way a teddy bear would be stuffed, into the cushion, creating a firm or loose cushion depending on the amount of cotton used.

Cotton stuffing is one of the more rarely used materials in sofa stuffed cushions. Cotton is made from a plant fiber that is known for clothing and many other useful materials. Cotton stuffing is used much in the same way as the next stuffing item on our list, which is...

Polyester is the synthetic fabric alternative to cotton created in 1941 by British chemists John Rex Whinfield and James Tennant Dickson. The fabric became associated with cheap clothing in the 80s but is a useful synthetic product that makes a great sofa cushion.

Polyester is primarily used in sofa backs and throw pillows which do not require as much support as seating cushions require.

Much like cotton is used, polyester stuffing is used to fill the cushion to whatever level of density the sofa design calls for. Polyester is a more affordable alternative to cotton and can be made in less time than cotton takes to grow.

Memory foam and foam core are among the few good things brought about by the cold war space race in the 70s and 80s. NASA was in a big hurry to get to the moon, and they needed a lightweight material and could absorb impact better than any other materials.

The material that the scientists and engineers at NASA developed became known as memory foam. This dense foam material could mold around an object’s shape while protecting and supporting the said object.

Foam core is used in cushions today as a solid block of foam, which is then put inside the cushion and surrounded by batting to create a softer surface. Foam core comes in various density levels that balance between soft and supportive.

There are multiple types of foam available including gel foam, and memory foam, as well as various levels of firmness depending on the support needed.

From astronaut helmets and mattresses to your backside, memory foam has been supporting human comfort ever since. Today your couch cushions use foam core and memory foam in various density levels to provide both soft and supportive comfort.

Coiled springs are most commonly used in mattresses and sofa frames to help create a more supportive cushion base. Some sofa manufacturers go one step beyond this by incorporating coil springs directly into the cushions.

Coiled spring cushions can save space on the sofa, make high leg, thinner sofas more supportive, and be used for added sofa support. While coil springs are a cool feature that many higher-end sofas have, they are not essential to a supportive cushion.

Down feathers are a throwback to older cushion designs. Before foam core and polyester filling became the primary way to stuff cushions, down feathers were used to stuff higher-end cushions. With the advent of more modern synthetic materials, down feathers began to be less popular.

Many heritage brands such as Stickley Furniture still use down fillings for their cushions due to their dedication to traditional style and craftsmanship. Most modern furniture makers use cotton, foam, or polyester filling to cut down on cost.

Know What Your Couch Is Stuffed With

Now you have an idea of the most common things that go into making a good sofa cushion. Remember that Memory foam has multiple densities depending on cushion style, and most cushions use batting to create a soft barrier between stuffing and upholstery cover.

Keep in mind that polyester and cotton are the most commonly used fiber materials. Down feathers are a more legacy type of stuffing and are used less often than the previous two materials.

Remember that the best way to find the perfect sofa for your needs and wants is to sit on one yourself. Make sure you try the couch before purchasing to know whether or not the sofa is right for you.

If you are looking for a more customizable sofa buying experience, check out our article on six steps that you can use to create a custom sofa for your living space.

We hope that this article has helped you on your journey to find the perfect sofa. If you are in the Cincinnati, Dayton, or Louisville area, consider visiting Furniture Fair. We have over 11 locations, and we feature a wide range of sofa brands, including Ashley sofas. 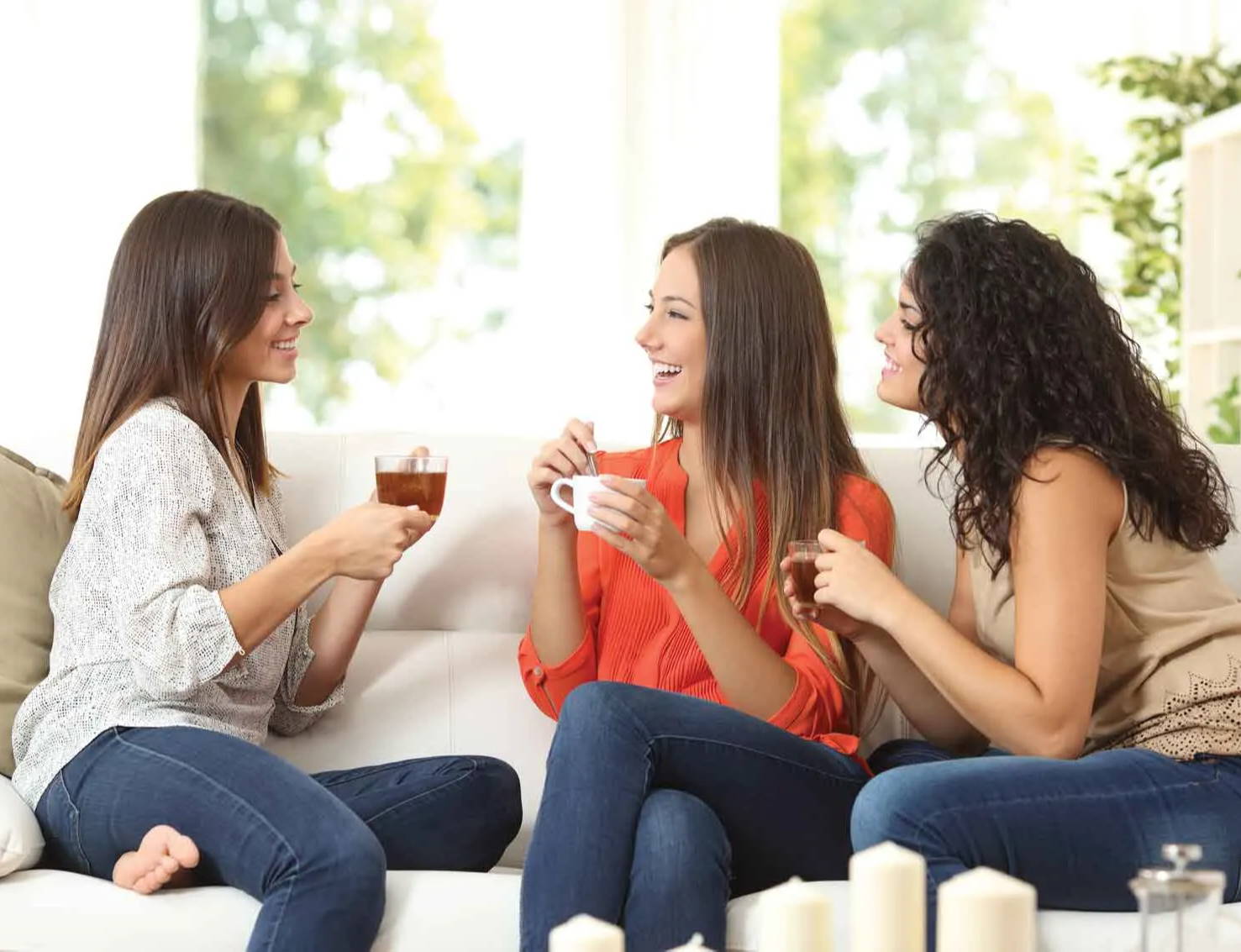